In order to demonstrate the capabilities of our touch-enabled applications at conferences, e.g. during tutorials and tool demonstration sessions, we decided to build a portable touch screen. Our requirements were that: a) it is possible for a single person to transport the touch screen on the plane, and b) the screen is big enough to allow at least two people to collaborate.

The project was highly successful. We built a portable touch device with 1920×1080 pixel resolution, 16:9 format, 46 inch diagonal for a total of $2,771, including taxes. The total weight of the device is approximately 12 lbs.

The central part of the device consists of a G4 46 inch 12-touch integration kit from PQLabs, a company located in California ($x, the 32 touch version would have cost $240 more). The integration kit comes in 4 parts, the longest of which is 42 inches long. It is easy to assemble (total of 8 screws, 2 for each corner, plus connecting the electronics with a simple “switch”). Disassembled, the frame fits into a standard poster tube, which can be taken on the plane as carry-on luggage.

We asked a company in Montreal, AV solutions, to design custom-made legs for the G4 frame (see picture) out of aluminum ($164 per leg). The legs have large feet to ensure stability of the frame when people push against it with their fingers. In the end, the legs do not fold, but are small enough to fit into a medium-sized suit case.

The surface of the screen is made out of rear-projection capable spandex, attached with Velcro to the G4 frame and the legs. Finally, we bought a rear-projection capable, HD resolution short throw projector: the BENQ W1080ST ($1214). It is capable of projecting a 16:9 image with 46 inch diagonal at 60cm distance. It was also essential for us to have a high resolution image for our TouchRAM modelling tool, which displays lots of text at different sizes. Finally, the weight of the projector is only 6.2 lbs. 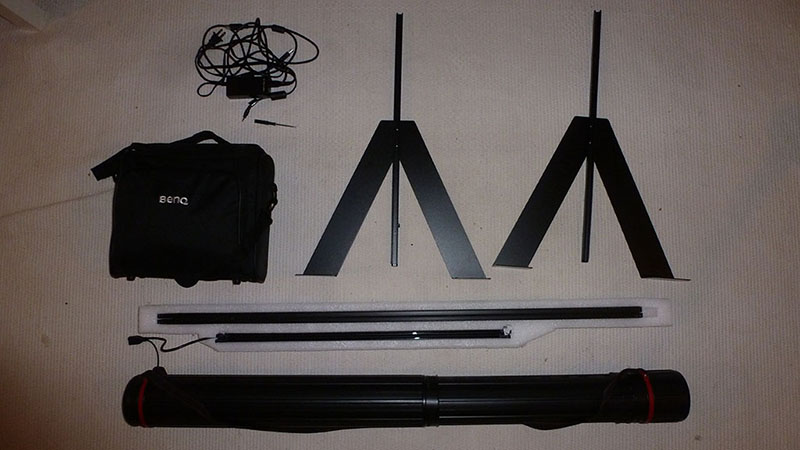 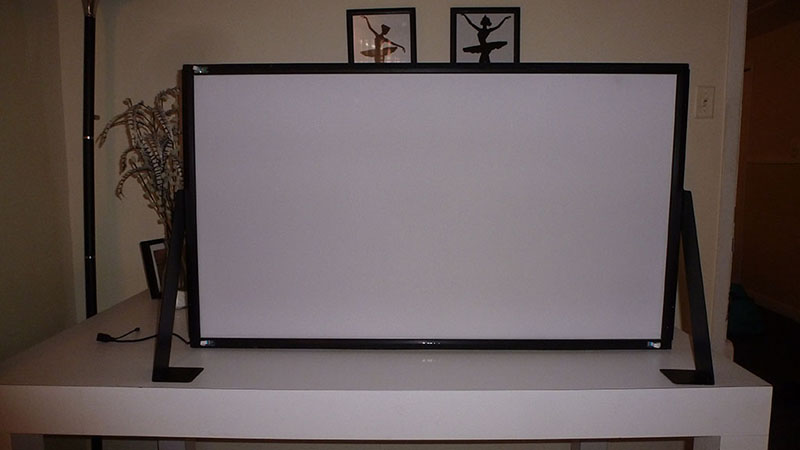 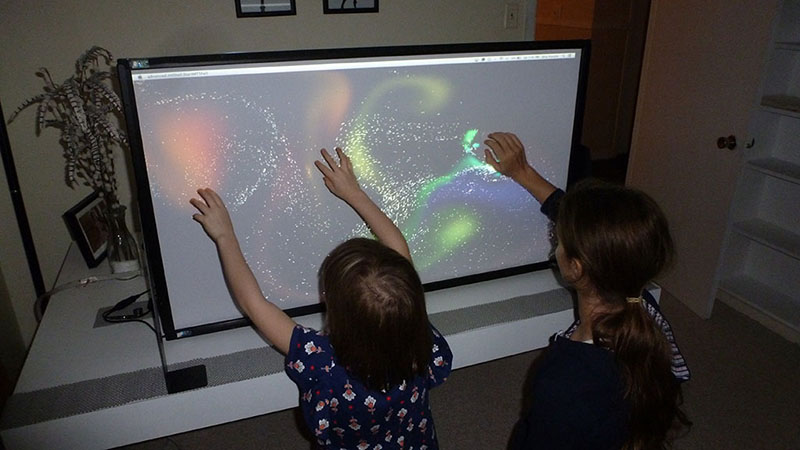 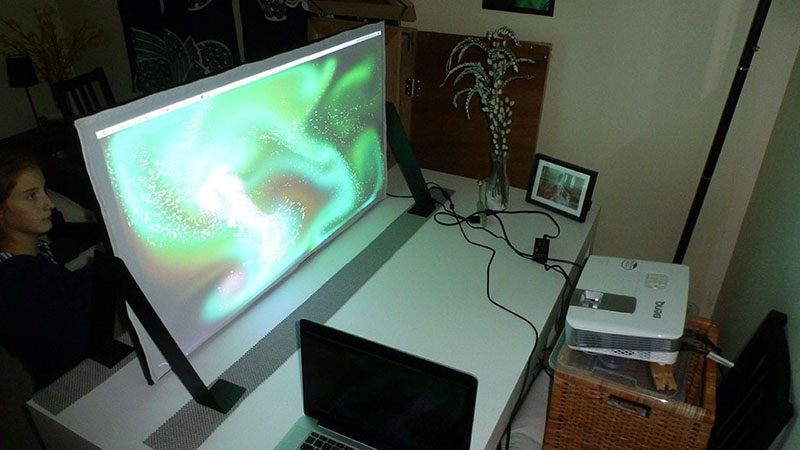 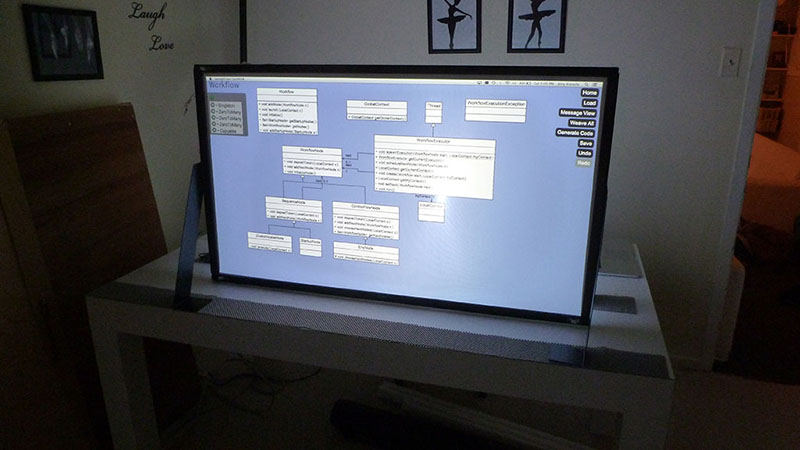