This project attempts to promote gameplay between two players who have varying levels of game skills or game genre interests, such as a child and with their grandparent, or two friends who like to play different types of games (e.g. skill games versus speed challenge games), by creating an asymmetrical gameplay experience. Two players, each with their own unique abilities and interfaces, collaborate to solve a multi-faceted puzzle. In one game prototype developed under this project, one player controls an on-screen character using a handheld gamepad. Similar to traditional platforming games (e.g. Super Mario Brothers), this “action” player must navigate their character through the virtual environment, avoiding obstacles, and reach the exit. Simulaneously, the other player can manipulate tangible letter tiles (similar to games such as Scrabble or Bannagrams) and alter the virtual environment; opening new pathways and activating new mechanisms. Together, both players use their abilities to aid one another and complete the challenge together. 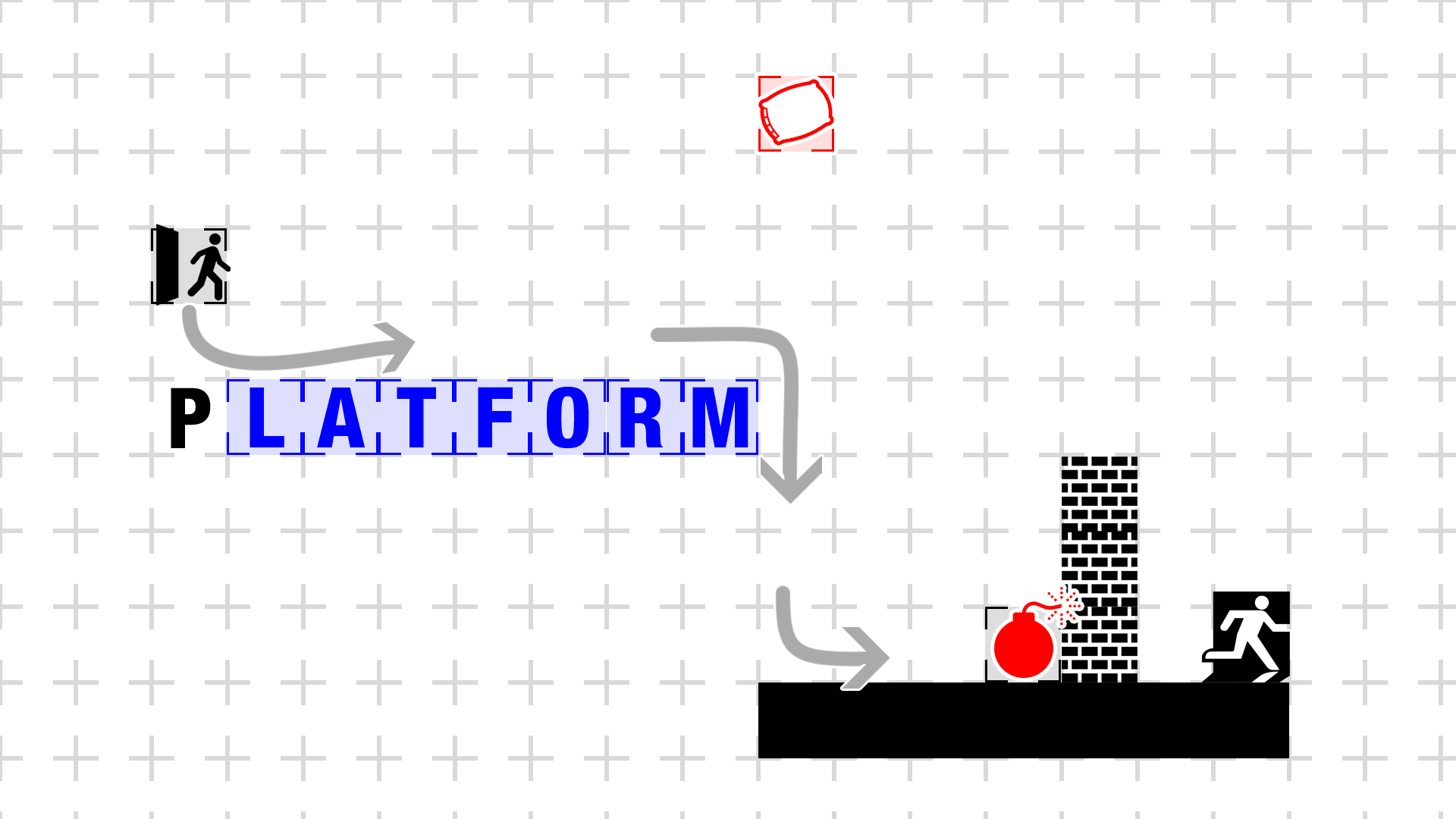 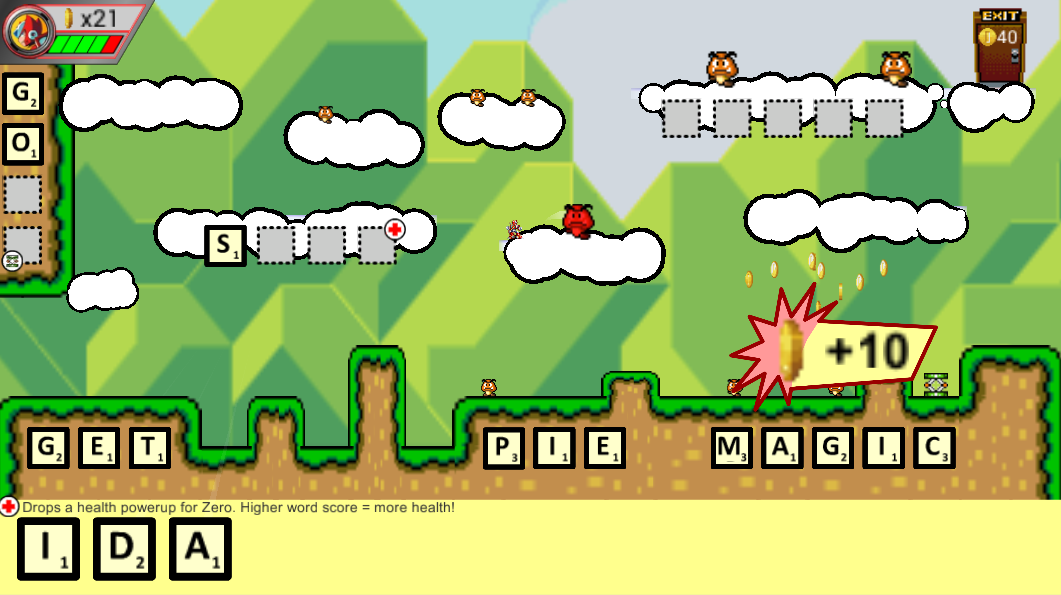 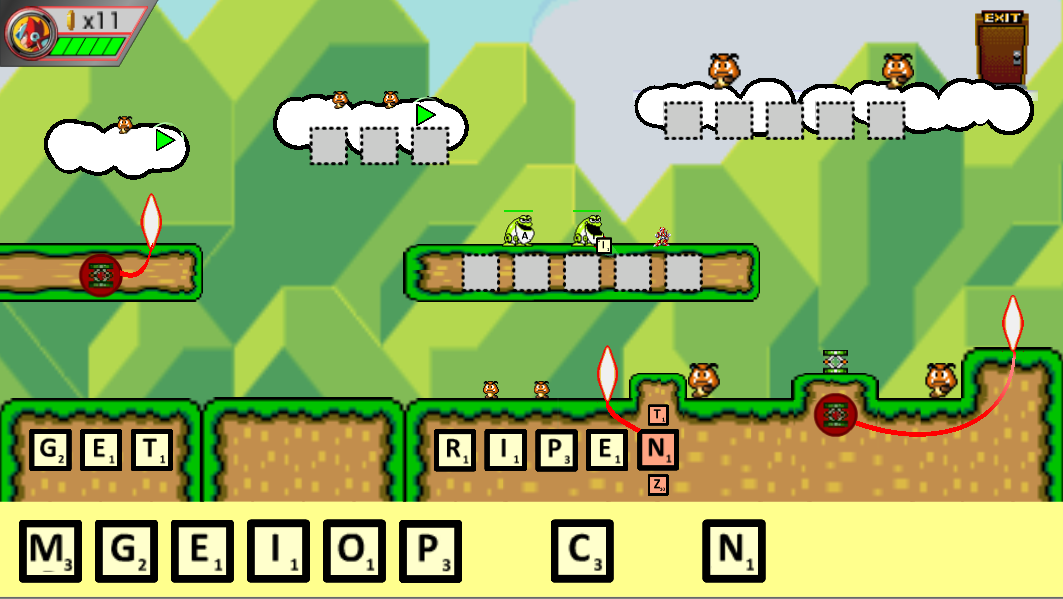