Game orchestration is the live creation of experiences for players in digital games. Commercial examples include guiding players through a story using “dungeon master” mode in Neverwinter Nights, or live events in Asheron’s Call. Game orchestration allows free-form creation of gameplay that is not restricted by the game’s pre-programmed behaviour. For example, an orchestrator might dynamically create locations for players to explore, characters for players to encounter, and might animate the interactions between players and these characters.

We are currently prototyping a surface-based tool for game orchestration. The tool allows one or more orchestrators to manipulate the contents of a game world, allowing real-time modification of the world as perceived by people playing the game. 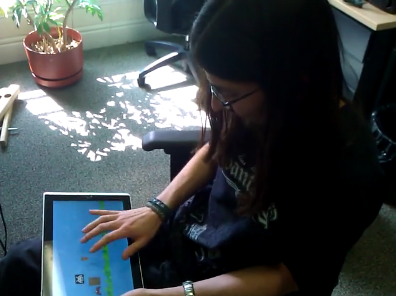